The figures below have been compiled from Ragatz Associates (RCI.com) market research studies, Interval International and RCI most recent statistics and RDO.

US Timeshare at a glance – Robust Growth

A study of 2004 statistics from the North American Timeshare industry by the American Economic Group – commissioned by ARDA’s International Foundation – reveals the following facts:

Dramatic fall in timeshare complaints in Spain according to official figures, consumer complaints about timeshare in mainland Spain have dropped dramatically.

The RDO’s first survey** of UK owners (almost 15,000 individuals) uncovers one of the most shocking timeshare secrets ever – overwhelmingly UK owners are happy with their timeshare purchase, view it as their primary holiday choice, and more often than not prefer it to the other (wide range) of holidays they take each year! The “Timeshare Unveiled” Survey is being released at RDO’s UK Seminar in Manchester (9th June) at which 100 leading members of the UK timeshare industry will be in attendance. The survey is a ‘warts and all’ look at UK timeshare owners’ attitudes towards their timeshare, as well as taking a glimpse at how timeshare stacks up against other mainstream holidays. Findings demonstrate emphatically that UK owners are happy with their purchase (75%), and 7 out of 10 would recommend it to other people. Indeed, the survey shows that the quality of their timeshare holiday usually out-shadows the other mainstream holidays they take (and timeshare owners are adventurous holiday makers, taking an average of nearly 3.5 holidays a year, with 63% preferring independent holiday arrangements and 43% opting for self catering breaks). In a step change from previous timeshare studies, the RDO 2006 Survey took an in-depth look at owners’ attitudes towards their timeshare, specifically seeing how it stacked up against other leisure time experiences. Over and over again, guarantees of quality and choice are clear winners:

RDO profiled all respondents to the Survey and, although many findings support pervious surveys, there are some interesting new trends to emerge:

“We are delighted, if not entirely surprised, with these findings”, comments Sue McNicol, Head of the RDO. “There is no doubt that 15,000 owner responses represent a very real snapshot of people’s attitudes towards their timeshare holiday. What we really wanted to demonstrate with this survey is that timeshare is indeed a mainstream holiday purchase decision, and that the reasons behind these decisions are grounded in issues such as quality, facilities, comfort and location – very similar to other holiday options. The timeshare “x-factor”, where we can make a real difference, is in the future “guarantee” of year-on-year quality, whether an owner chooses to stay at their home resort, or exchange elsewhere”.

Britons spend more on holiday than visitors from other countries

The annual survey of holiday habits, conducted by insurance company Europe Assistance, reveals that British nationals spend more on holidays per household than visitors from any other European country. The survey, based on 3,535 respondents from Austria, Belgium, UK, France, Germany, Italy and Spain, found that the British spend an average of 2,795 Euros. This compares with Germany (2,233 Euros), Italy (2,085 Euros) and Spain (1,880 Euros). According to Europe Assistance, the findings could be partly explained by the fact that Britons were more inclined to travel than other nationalities with 68 percent saying they intended to do so this summer. Some 40 percent of respondents said the risk of terrorist attack influenced their choice of holiday destination with British Nationals, Germans and Austrians citing it as a main factor. However, the French, Italians and Belgians were more concerned about the climate at their preferred destination. Health risks were cited by 40 percent of those surveyed as being important when choosing their holiday while 41 percent said bird flu would influence their decision.

* RDO is the official trade association for the timeshare industry in Europe, representing companies from all EU Member States. It promotes best practice in the industry for the benefit of both consumers and the industry. All members are bound by a code of ethics, which ensures the protection of consumers’ rights. RDO provides a free of charge information and conciliation service for consumers dealing with its members.

**The RDO Timeshare UK Survey was conducted over the internet with Survey Monkey throughout April 2006. 14,975 questionnaires were completed by UK timeshare owners. 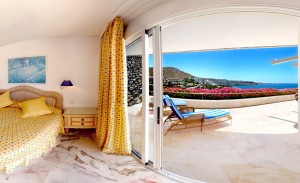