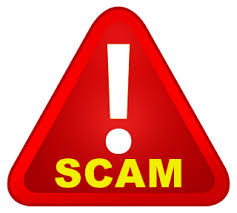 A Saudi citizen said that a company in Dubai is promoting a Dubai timeshare scam that have cheated more than 10,000 clients, including a large number of Saudis, with fake contracts.

He claimed that the victims have lost more than 14 million dirhams due to the fake contracts, which the company claimed were registered with lands and property department in Dubai. But victims later discovered the contracts were fake and that they had fallen victim to an elaborate scam.

Majed Kutbi, a citizen, said he purchased four timeshare contracts two years ago and paid the company around 1 million dirhams. When he discovered that the contracts were fake, he filed a complaint with the land and property department in Dubai.

He pointed out that courts in Dubai require a payment of 7.5 percent of a contract’s value, which is a large sum that he cannot afford to pay, in addition to lawyers’ fees.

Please always take extreme care and perform due diligence when purchasing a timeshare.