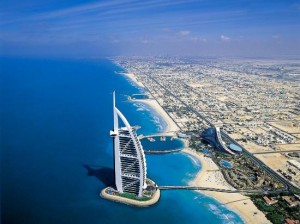 Thanks to burgeoning tourism demand and a desire for affordable property investment, the fledgling vacation tourism sector in Dubai is set to take off and could be worth DH14billion by 2020, says a Dubai timeshare specialist

Boosted by rapid growth in Dubai tourism and a desire for affordable investment, the timeshare sector is set to take off and could be worth DH14billion by 2020, a new report claims.

The vacation ownership market is “a sunrise sector with high growth potential being driven by the burgeoning growth witnessed in the emirate’s travel and tourism sector,” according to the Slice of Paradise economic report from timeshare specialist, Arabian Falcon Holidays.

Even though the sector is in its infancy, by 2020, when the Dubai World Expo takes place, if it follows average growth patterns it could contribute DH14billion (US$3.81billion) to the economy, the report suggests.

“With currently only a handful of quality timeshare resort options Dubai, the sector is set to witness rapid growth in years to come, bolstered in no small measure by the organic growth that tourism will see.

“Moreover, the industry will receive a major boost by the additional 25 million visitors that are projected to descend on Dubai in six years from now as a result of the emirate hosting the World Expo 2020.

“Although still at a nascent stage, the vacation ownership segment in Dubai is a sunrise sector with high growth potential driven by the burgeoning growth witnessed in the emirate’s travel and tourism sector.

“Arabian Falcon Holidays estimates the timeshare sector will give Dubai economy a Dh14 billion boost in 2020 thanks to the signiﬁcant increase in the number of tourists, real estate prices and hotel room rates in the emirate over the next decade.”

Globally, timeshare is the fastest growing sector in the international tourism industry, but there are factors that have limited growth in the Middle East and Africa, says the report.

“Regionally, the sector is currently not growing as fast as elsewhere in the world due to a lack of knowledge about the product and the fact that citizens of the Arab world are unorganised planners of their holidays. In addition, lack of clear regulation on vacation ownership and timeshare properties is hampering the growth of the sector in the Middle East and North Africa region.”

However, rapidly rising property prices in Dubai, which grew the fastest in the world last year, mean that many aspiring property owners in the emirate are being priced out of the second home or vacation homes and so may turn to timeshare options.

“The surging property prices and hotel room rates in the UAE and across the region will lead to a boom in the timeshare sector within the next few years. Dubai is strategically placed to beneﬁt from the growth in this sector, considering its early adoption of the concept. Furthermore, the growth is expected to take on a speedy upward trend since timeshare is still an emerging sector in Dubai.”

Globally, up until mid-2013, there were about 5,500 timeshare resorts spread across 108 countries, and trends suggest the timeshare industry contributes an average of 5% to total travel and tourism sales of a country.

If Dubai achieves its target, which does not include the additional 25 million visitors expected to arrive for the World Expo 2020 exhibition, it would provide a boost of Dh280 billion for Dubai’s economy.

If the timeshare sector performs to its potential in the six years until then, and contributes the global average, or 5% of the total contribution made by the travel and tourism sector, that would amount to Dh14billion.

Al Tijaria Chairman and Managing Director, Abdul Fatah MR Marafie, adds, “Timeshare is a $14billon global business, of which the Middle East is the smallest contributor at roughly $36million… the room for growth is staggering. That makes it an extremely appealing concept to investors looking for new opportunities to expand their global reach.”

Joe Sita, CEO of IFA Hotel Investments, the asset management arm of IFA HR that will lead the Aria project, says, “Our initial focus is on growing the club into key locations such as London, Singapore and Makkah. Expansion into tourism hot-spots and growth areas that are highly attractive to both Middle Eastern and other regional travellers such as Turkey, Malaysia and Indonesia are also a priority. The Aria goal is a balance of strategy and opportunity.”

The points-based Aria Vacation Club is expected to begin formal operation in 18 months, when the flagship Dubai property – Kingdom of Sheba – opens at Palm Jumeirah.

If you have a timeshare in Dubai and you have been thinking to yourself “How Can I Sell my Timeshare?” then look no further. The Travel and Leisure Group are the premier online marketplace for timeshare resales and rentals.